The Story of Love Guatemala 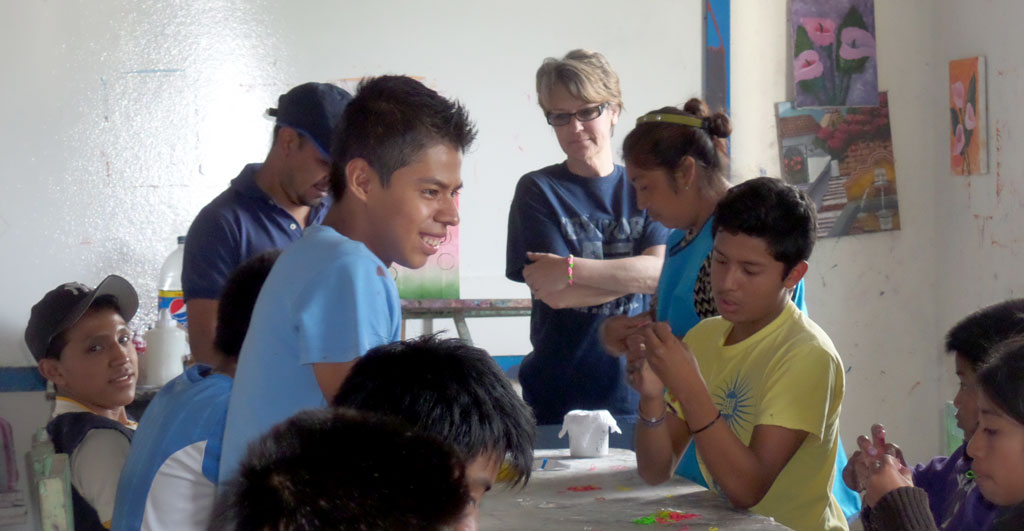 Located about 45 minutes outside of Guatemala city where there is extreme poverty, Love Guatemala began as a vision by a Guatemalan Couple, Carlos and Thelma Lopez, to love their community through giving them the gift that they had, Art.  With this vision they began an art school to show their community the Love of Jesus.  They began the art school with no resources and just 3 students.    At this point Indy Metro Church in Indianapolis began making trips to this community and God connected them with Carlos and Thelma.  They began to support the art school, helping put on a new roof, new windows and a bathroom.  They began to send money to sponsor the kids in the school.

Through the continued support of Indy Metro Church and the dream of a young girl they also started a cooking school and then a carpentry school.  These schools later formed what is now called Love Guatemala.  Love Guatemala that started with just 3 students in 2007 has now grown to over 100 students.  We have also added an English School and we are now in a new 10,500 square foot facility which gives us the ability to continue to expand and start new vocational schools.